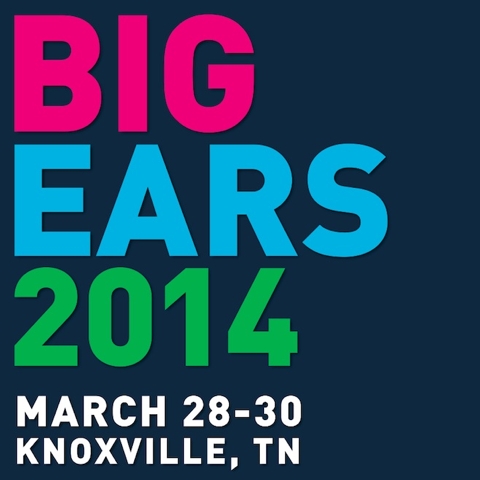 The notion of a festival is “normally” quite simple. Come see a thick lineup, hang with friends, and let the sideways air take off with you. Big Ears 2014 wasn’t any of those things. Or at least my interpretation of AC Entertainments intentions were far from just putting on a festival. The Ears this time around was a more serious affair, fun, but consistent in provoking a definitive meaning. The bands in this case play as the research, the amazing support behind why this particular weekend should happen, and did happen. We live in a time of bright juxtapositions, the kind that have old dispositions traversing with new reality. Better yet, old pants, new technology, and endless possibilities. Big Ears did something fantastical. They organized a concept that starts from a nonconformist mentality.

How can you institutionalize experimentation? Tame art with few limits on exploration? AC Entertainment for one weekend tamed the beast, they housed mad scientific magic, without any explosions. All while allowing for the city to be a part of its wonders. They let us see the crazy batch of sublime, and it was a real profound experience. Loud asymmetrical poetry, transposed into cathartic-cacophony, presented its invited havoc on thousands. A quiet cool watched with such maturity, if anything it was the curiosity to see the monster, the appreciation of the effort to give Knoxville something no one else had… a true “heart” experience.

Take Dawn of Midi, who stunned a packed audience at the Bijou Theatre, my choice for best sound. The trio play this tribal minimal techno, with real instruments. A repetitive tango, syncopated in ritual. They simply blew my mind. The other big standout was the laughing meditation taught by Laraaji. This kicked off Saturday, and I’ve never felt more alive, free to relinquish all my insecurity and just be myself. This of course while laughing from several core places in the body. Such a beautiful time, and another reason that made this festival not a festival. I ended my weekend with Dean & Britta’s musical accompaniment to  Andy Warhol’s Screen Tests. The sound was amazing, but the history delivered the highlight. In between each song we were laced with story lines from Andy’s specimens, who they were, how they went crazy. Special characters staring us in the eyes, beaming this realization they lived in the core of what now had evolved into this jumbled stew of blindingly obvious influences. Those eyes were one, the history, the first chapter for many who seek a creative passage. Anyway, it was cool to be a part of it.

I have to add that I was able to assist with field recording for the official Big Ears documentary. My pal Matt scored me a weekend pass, and to pay-it-forward I gave my Saturday pass away for free. We were always going to have a good time. But I realized during the weekend that I had come into my own place as a fan of music. Setting aside my own creative endeavors, to just be a fan of art, sounds, new and old ground, was a terrific feeling. You hit new levels of maturity at things like this. I think this type of event calls on that part of you.

Culture, especially in music, rests too much on the idea of not taking anything too seriously. To be a good listener, serious is not the worst things to be. We can actually realize a playful existence once we begin to give things a “serious” listen. The great contrast allows us both, you see this in creative work all the time. Two things together very different, making one. A dichotomous invention, that’s Big Ears.