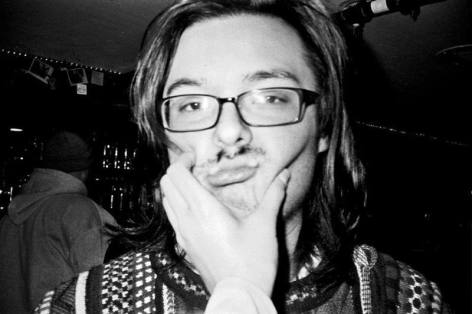 Some gifts you find in the mist, resting along some plain that’s new to walk through. This indie world is a bizarre one, with plenty of highs and lows, so much that you get jaded within seconds, and excited soon after. It’s beneficial to wait, and for me finding other people to talk about alleviates my own personal distaste for the level of discourse that takes place in the game. Some cats are far too cool.Michael Lundy, also know as Ages, builds you up a wall of glow bugs to resist the temptations of distrust. He makes some serious mood music, the kind I’ll probably let play on repeat, just so I don’t rip off my outer layers and start to smash shit. Even in the surreal quiet of my own back yard, which is tucked away in a mixed neighborhood, with an average sense of class, I hear so much noise. Its the little uncertainties that keep things vibrant and awkward. Ages brings the keys, the orange ones that stand out on the ring. It literally sets me back to rest, to calm, to undertake the possibility of not suffocating from routine. This is the real chill.

There’s some real heady records on his bandcamp, and Ages newest efforts called Bryan,  was just released on Alpha Pup back in June.